Croatian Zoetropes and flipbooks "animated souvenirs for happy people" were designed by a group of professional animators who produce animated films, series and commercials. We came up with the idea to use our skills and knowledge and make unique products.
We developed the products in Luma Film studio in Zagreb during 2020 and 2021. Development of project is co-financed by the Ministry of Culture and Media of the Republic of Croatia. 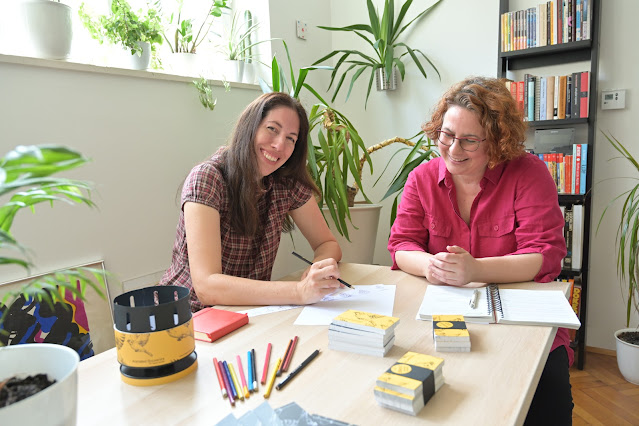 Maša Udovičić is a producer, sailing in animation waters for more than 20 years. She is animating and producing. She also runs the Animation School for children in Zagreb. Maša is producer and manager in Luma Film.

Mirela Ivanković Bielen is an illustrator, animator and director. She paints everything she can get her hands on: animated films, textbooks, children's room walls, magazines… She is skilled in all drawing and painting techniques. Trailer for Mirela's latest film The Journey.

Development and production of first series are co-financed by the Ministry of Culture and Media of the Republic of Croatia, project "Entrepreneurship in Culture" for year 2020.